After the Assembly of the Association of Journalists of Serbia (UNS), held in Tara in July 1992, when Slobodan Milosevic’s regime took over the organization, a large group of members first began to gather around the Federation of Independent Trade Unions of Journalists (SNSN), spontaneously creating the Media Freedom Committee and the Presidency of the Extraordinary Assembly of the Association of Journalists in a permanent session, with the idea of creating a new professional journalistic organization.

The Federation of Independent Trade Unions of Journalists (SNSN), the Coordination Board for Freedom of the Media and the Presidency of the Extraordinary Assembly of the Association of Journalists established the Solidarity Fund on January 19, 1993, and Harry Steiner was elected president. “Each of us would have to – as for himself and because of his face – to oppose this devastating wave, which has affected the University, the National Theater, the Museum of Contemporary Art, the Clinical Center, schools. “If we do not oppose, if we surrender, neither we nor our children will have any future,” Steiner said during the election.

A year later, the Independent Journalists’ Association of Serbia – IJAS was formed from the Solidarity Fund. It was founded on March 25, 1994, and 350 journalists from all over Serbia attended the Founding Assembly in the Belgrade Youth Center.

The Constituent Assembly adopted the Statute and the Letter of Intent and Objectives. The chairman was Rade Veljanovski, and the working presidency included Mile Isakov, Stevan Niksic, Harry Steiner and Miodrag Stoilovic.

Dragoljub Nikitovic Nikita was elected the first president for a two-year term. The first member of IJAS, with membership card number 1, was Predrag Milojevic, a veteran and legend of Serbian journalism between the two wars, editor and correspondent of Politika from around the world.

Milan Vlajcic was elected the first president of the IJAS Court, and the members were Aleksandar Nenadovic, Slavoljub DJukic, Milan Milosevic and Jan Briza.

The association is funded by membership fees and donations.

All presidents of IJAS 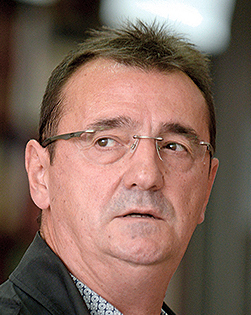 He started his career as a journalist and editor in Omladinske novine, and continued in Borba / Nasa Borba and in several Serbian and Yugoslav media (Nedeljna Dalmacija, Mladina, Nasi dani). He is the author of several books and publications, documentaries and films: "Abuse of Political Influence: Political Parties as the Largest Employers in Serbia", "Media in Serbia: Chronicle of Decline", "Zoran Djindjic: Mortgage", "Media Scream", "By Force on seventh "," Ruler "... He is the founder and editor-in-chief of the magazine Status, which was published from 2002 to 2013, he also edited the weekly Reporter, and for many years he was a columnist for the newspaper Danas. 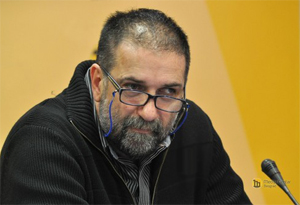 During his studies, he collaborated with the editorial offices of the youth media Student, NON, Mladost and "Stav". From 1989 to 1993, he was employed by Politika Express. After resigning due to disagreement with the editorial policy, at the end of 1994, he started Vranjske, a local weekly that was the only independent media in the south of Serbia until 2000. He received the "Dusan Bogavac", "Jug Grizelj" and "Stanislav Stasa Marinkovic" awards for his successful journalistic and editorial work. After the closure of Vranjski, he worked for the Beta agency and the Civic Initiatives. 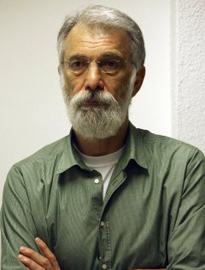 He started his journalistic career during his studies, on TV Belgrade, in the Belgrade Chronicle. He worked at Studio B from 1980 to 1984, and then transferred to Radio Belgrade, reports from the Assembly, monitors the Presidency of the SFRJ and edits economic sections. When part of the management of the then Radio and TV Belgrade was replaced in the summer of 1991, he resigned as editor in solidarity. After his dismissal in 1993, he received an invitation from BBC Radio and has been working for the most famous British media house ever since. From 2010 to 2015, he was the editor-in-chief of the First Program of Radio Belgrade, and today he is the editor at the Fonet agency.

She has been a journalist since 1974 as an editor, correspondent, commentator and journalist. After the famous 8th session of the SKS Central Committee in 1987, Nadezda Gace was suspended from the position of editor-commentator of TV Belgrade. After the suspension, she resigned herself, in order to continue her journalistic career in Jutel and Delo in Ljubljana. After the disintegration of the SFRJ, she worked in Borba, Nasa Borba and Danas. She was among the founders of IJAS, and before the election for president, she was the head of the Court of Honor. In addition to her journalistic work, she was also a co-author, editor or author of several publicist books. He is the founder and editor-in-chief of the weekly Novi magazin.

He started his career in 1988 as a journalist, and later as the editor and host of the show "Niko kao ja", on the Second Program of Radio Belgrade. For three years in a row, the show was declared the best in the electronic media in Serbia. During the war of the 1990s, he edited and hosted Dnevnik on Radio B92, and later he was also a foreign policy editor. At the end of 1999, he became a correspondent for Free Europe. He is the co-author of the book "Look for the Impossible", about the problems that gifted young people in Serbia face. He also worked on Avala television, and in recent years he has been leading his independent television production in Kraljevo. 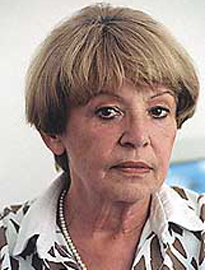 The well-known journalist of TV Belgrade and long-term associate, and at one time also the head of the Belgrade bureau of Free Europe, Milica Lucic Cavic (1938-2013), was recognizable for her sharp economic comments, as the host of TV Dnevnik, Belgrade Chronicle and the contact show Jury. She was inducted in 1990 into “WHO is WHO” (Cambridge) for excellence in the profession. She is one of the journalists who did not agree to participate in the propaganda machinery of the Milosevic regime, at the cost of getting fired. She was engaged in all anti-war actions and is the founder of independent professional, trade union and other associations, which were centers of resistance during the 1990s. In 2013, she received high recognition for that - "Knight of the Call". 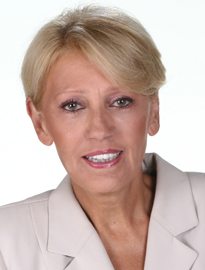 She started her successful journalistic career on the airwaves of Radio Belgrade, and after eight years she moved to TV Belgrade, where she worked as an assembly reporter, and then as the editor of TV Dnevnik. In the early nineties, she switched to TV Yutel, and then to Borba / Nasa Borba. Also, in 1993, she started an independent TV production VIN (Video Weekly). In May 2004, she was appointed editor-in-chief of the RTS news program, but was forced to resign after only six months due to constant pressure. From 2011 to 2016, she was a member of the Council of the Regulatory Body for Electronic Media (REM). She is a regular columnist for Danas.

Well-known Yugoslav and Serbian journalist, one of the founders of the weekly Vreme. He has been professionally involved in journalism since 1969, and has collaborated with a number of reputable domestic and foreign media. Winner of the April (former October) Award of the City of Belgrade for journalism, 2003. Winner of the "Stasa Marinkovic" award for journalistic courage in 2003 and the "Jug Grizelj" award for investigative journalism for 2004. Winner of the "Journalist of the Year 2007" award of Status magazine. He was also a regular columnist for Danas. His most famous work is "Assassination of Zoran Djindjic" (2005), and he also published the books "All Gun Revolvers in the World" (with Aleksandar Borisovic, 1985) and "My Male Life" (2015). 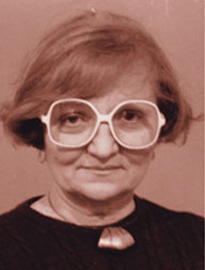 One of our most respected journalists and editors, she is the winner of the prestigious "Jug Grizelj" award for 1994, together with the editorial board of Nasa Borba. She began her journalistic career in 1961 in the newspaper Mladost, and continued in Vecernje novosti and Borba in the foreign policy section. One of the founders and editor of the daily Danas, where she published a large number of analytical texts on our political and social everyday life and a permanent associate of the Republic, published a civil self-liberation newspaper, edited by one of the founders of IJAS, dr Nebojsa Popov. 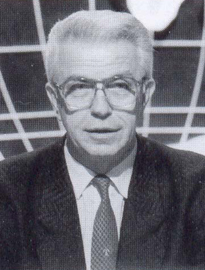 The great man of our journalism, Dragoljub Dragan Nikitovic (1930 - 1997) was a long-term sports journalist, commentator and editor at Television Belgrade. Many great sporting events, primarily boxing, basketball and athletics, were remembered for Nikita's voice and comments. He was among several hundred employees of RTS, who were fired in the early 1990s due to their commitment to journalistic professionalism, integrity and the code. At the Founding Assembly, on March 26, 1994 in Belgrade, he was elected the first president of IJAS.