IJAS research: pressures on journalists and media in Serbia does not stop

The Independent Journalists Association of Serbia (IJAS) recently published a publication entitled “Indicators on the level of media freedom and journalists’ safety 2021 ” which lists the results of research conducted by the Association in three areas: Legal Protection, Position of Journalists and Safety of Journalists.

When it comes to legal guarantees, legal frameworks governing the protection of fundamental rights, freedom of expression and freedom of the media have been established, but the implementation of these rights in practice is not even close to the desired level. Decision-making processes are not transparent and inclusive, Regulatory authority for electronic media (REM) is not independent, and in the allocation of public money intended for media is misused in favor of media that support the government.

Laws and regulations do not provide special protection for the reputation and honor of public officials. However, the practice still recognizes judgments in which judges in their explanations point to the need for greater protection of certain leaders compared to citizens.

Private broadcasters must provide free, truthful, objective, complete and timely information, and at a time when there is no election campaign they must respect the ban on political advertising. REM has a general obligation prescribed by law to supervise the work of broadcasters, but it does not protect political pluralism.

Journalists in Serbia do not have to be licensed to do journalistic work. Journalists have been hindered on several occasions or denied access to events and reporting. IJAS recorded 9 such cases in its database, mostly to the detriment of journalists who critically report on the work of government representatives and institutions.

Following the amendments to the Law on Free Access to Information of Public Importance, it is still possible to withhold information due to classified information. Existing constraint bases have been expanded or clarified. Regarding the rights of journalists, the law remained unchanged.

Position of Journalists in a newsroom

The social and economic position of journalists in Serbia remains very unfavorable. In Serbia, there are no precise data on how many journalists have signed employment contracts and adequate social security. The average salary in Serbia ranges from 300 to 400 euros, so they are forced to work in several newsrooms or even completely other jobs that are not related to journalism.

Most private media do not have rules to protect editorial independence from media owners. They generally do not have codes of ethics, so they accept the ethical rules regulated by the Serbian Journalists’ Code of Ethics. Journalists in the private media suffer various types of internal pressure on a daily basis. The reasons for these pressures are primarily political and financial and are directly related to making a profit for private media.

The Law on Public Media Services (JMS) prescribes the editorial independence of public media services (public broadcasters). These media are in the group that are under the control of or owned by the state. Confirmation of this is that the media services in their reporting mostly stand by the government, there is no serious criticism and questions about the work of government representatives

Non-profit media strategically and editorially have more capacity to achieve optimal editorial independence. Non-profit media, such as research portals, and their journalists are the subject of the greatest number of pressures, and due to their critical attitude they suffer the most frequent targeting, pressure and brutal attacks by mostly pro-government media and tabloids.

The freedom to choose the topics that journalists will work on largely depends on the media in which the journalists are engaged. In public media services, sensitive socio-political topics are news only to the extent that they keep a safe distance from a critical attitude towards those in power. The tabloids violate almost all ethical standards. Self-censorship is almost a trend and the most common form of censorship in Serbia.

The position of female journalists in the work environment has deteriorated. In most newsrooms with many more women, men still predominate in editorial positions. Women journalists are much more exposed to gender-based pressures than their fellow journalists. Particularly severe are the pressures on the Internet and social networks (Instagram and Twitter), where they are often upset just because they are women, often with no reason related to their journalistic work.

The feature of 2021 is the increase in the number of threats and harassment of journalists by tracking and aggressive statements of government representatives. There have been 20 cases of various forms of verbal threats and harassment, most often through social networks. 26 serious verbal threats were recorded. Eight physical attacks and 12 attacks and threats to media newsrooms were recorded. The local media also suffered severe attacks after reporting on special topics.

The law recognizes three criminal offenses directly related to endangering or damaging journalists. The 27 new special criminal acts have been identified, which the competent authorities can view as acts committed to the detriment of journalists. State institutions cooperate with journalists’ associations.

Investigations of reported incidents to the detriment of journalists are being launched quickly and effectively, but in the following phases of the proceedings, they are significantly slowed down. The basic problem is still the understanding of the nature of certain criminal acts by judges, especially the criminal act of endangering security or persecution as the most common form of attack on journalists.

The recommendations made by IJAS based on the research concern the improvement of legislation, and relate to the consistent implementation of the Action Plan for the implementation of the Strategy for the Development of the Public Information System; Ensuring inclusive and transparent work on amendments to relevant laws; Improving the work of the Regulatory authority for electronic media; Amendments to laws and bylaws in order to improve the process of project co-financing of media content of public interest; Government advertising; Political advertising; Determining the responsibility of the media; Regulating the use of personal data by political parties for election campaign purposes; Ensure greater independence of public service media/broadcasters (JMS); Work on the development of anti-SLAPP regulations; Improve access to information; Ensuring better employment status of journalists and other media professionals and Ensuring greater security for journalists and other media professionals;

Coalition for Media Freedom: Transferring parts of Zvezdan Jovanovic’s books discredits the work of journalists who have police protection due to their work 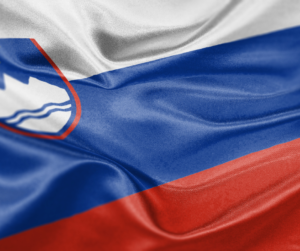 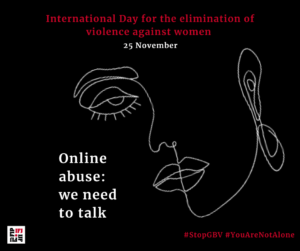 To mark International Day for the Elimination of Violence against Women on 25 November, the International Federation of journalists (IFJ) and its Gender Council are